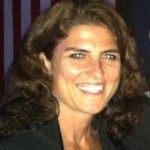 Yvette Currie of San Diego, CA provides counseling for athletes, military families, and individuals. She counsels those in relationship distress, whether it be teammates, significant others, or coworkers.


Among other empirically validated treatment modalities, she utilizes EMDR, to to work with trauma. She is also an adjunct faculty professor with National University.

While in Japan, Yvette provided psycho educational training for sexual assault victim advocates, the domestically violent/violated, incoming recruits, Sea Bees, and the ombudsmen. As a member of the crisis intervention team, Yvette was called upon to respond to disaster and tragedy, including assisting with crisis management, during the 2011 Japan tsunami/earthquake/radiation disasters. She also responded to the 2004 Cedar Fires in San Diego.


Prior to Japan, Yvette worked in a variety of non profit settings, including providing both psychodynamic and process group work to the San Diego YWCA. In addition, Yvette worked with the Grossmont Union School District, providing her services to Chaparral and Homestead High School students. Yvette found these populations to be incredibly rich, rewarding, and enjoyable.

The official publication of